Made from a byproduct of molasses production or directly from sugar cane juice, precursors to rum date back to antiquity. In the 17th century distillation of these byproducts concentrated the alcohol and removed impurities, producing the first true rums.

Rum first made its way to the United States in colonial times and has been a staple in cocktails ever since. It even has a day dedicated to it. That day is today, August 16th. 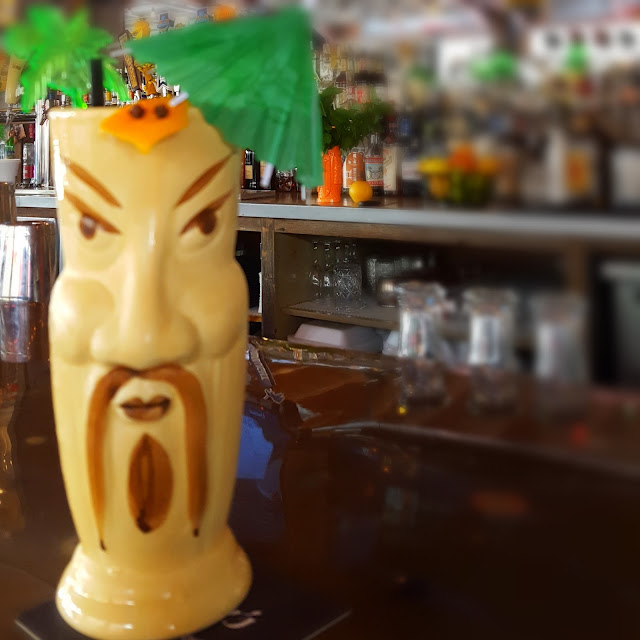 In celebration of the day, we asked one of the Blue Water Area's favorite mixologists, Bob Nickerson
from Casey's in Port Huron to mix up one of his favorite rum drinks, The Cobra's Fang.

According to cocktail history books, the Cobra’s Fang was one of Don the Beachcomber’s original go-to recipes. Opened in the early 1930's in Hollywood, California, Don The Beachcomber's is considered the world's first tiki bar, predating the huge popularity of such places in the late 40's through the early 60's by more than a decade.

Though their original locations are long gone, the drinks they invented and inspired are still popular today.

If you can't celebrate National Rum Day today, don't fret. Many of the drinks done in the style are featured at Casey's during Rumba Thursday through Rockin' The Rivers this month so you still have time to enjoy a tropical and flavorful drinks served up in colorful and fun glasses in a breezy and lively setting before autumn arrives.
Casey's is located at 628 Huron Ave in Downtown Port Huron.
Posted by Dale Merrill No comments:

3 Spots To Visit On A Family Trip In Michigan's Thumb

On a work-related tour around Michigan’s thumb, I was reminded how important it is to “be a tourist in your own town” on occasion. Every day I promote our beautiful blue shores as a getaway for people in the Detroit area or hailing from west Michigan and beyond. But I forget it’s a great day-cation spot for me and my family, too. Here are three great points of interest that I’ll hit up again with family in tow. 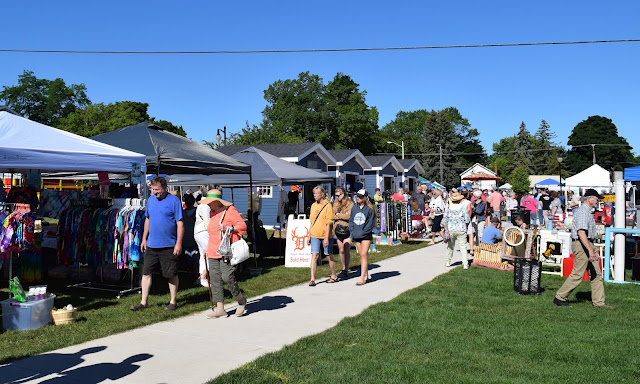 1) Port Austin Farmer’s Market, Port Austin, Michigan
Port Austin is abuzz on Saturday mornings Memorial Day thru mid-October.  Cute downtown shops and diners are a draw; however the biggest culprit is the farmer’s market.  Over 150 vendors display their goods ranging from fresh produce to handcrafted items.

Freshly plucked berries, peaches, tomatoes and yellow peppers pour from baskets and leafy greens splay across checkered table cloths along with all the colored vegetables that you know you should be eating.  Homemade honey, jellies, baked goods as well as antiques, refurbished furniture, metal art, wooden signs and more are yours to peruse in this happy market.

After shopping, grab a bite downtown, or walk the couple blocks to the shore of Lake Huron to enjoy the beach, lake breeze and gorgeous view.

2) Port Crescent State Park’s Dark Sky Preserve, Port Austin, Michigan
Port Crescent State Park is a designated Dark Sky Preserve.  This means artificial light is reduced or eliminated so the night sky is visible in all its glory, without the distortion that artificial light evokes.  Though I was there in the middle of the day, it was easy to see why this area is an excellent environment to view star constellations, meteor showers or the northern lights.

Night sky enthusiasts can choose anywhere in the park to look up, however there’s one spot in particular that suits a star gazer.  The observation deck, also known as the Hawk Watch, sits slightly elevated over an area of natural trees, brush and sandy grassland.  Enclosed with a wooden guardrail, and several benches to lean back on, the deck is an ideal setting.   A wonderful and logical addition to the deck is a night sky guide that points out the constellations and their names.

The deck is also a great spot to view hawks and other birds of prey during the day time, since it is on a migratory route. 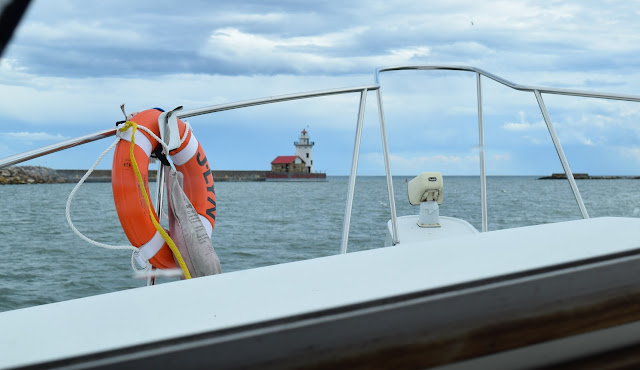 3) Harbor Beach Lighthouse Tour, Harbor Beach, Michigan
The Harbor Beach Lighthouse is anchored in stone at the end of a rocky break wall.  So how do you get to it?  By boat, of course!  The taxi boat picks up at the marina and takes passengers on a quick ride to the lighthouse.  From there, the Preservation Society tour guides tell the tales of life on the lake and about the many ships that have needed to take refuge in the harbor.

Visitors will get a glimpse of the duties of a devoted light-keeper.  Most guests are surprised and happy to see that it is not one long spiral staircase to the top, but six decks (rooms) inside the tower, so catch a breath between flights of stairs.

I will warn you though, the 360 degree view from the top is breathtaking!

Tours fill up fast, so early reservations are suggested.

Whether you are from our Blue Water Region or somewhere beyond, explore and enjoy 140 miles of shoreline and all that there is in between. Discover the Blue Water Area at our website.
Posted by Unknown No comments: