Sound The Horn! It's Time For Whistles On The Water

One of the sounds that was characteristic of the shoreline of the Blue Water Area for centuries was that of steam-powered freighters sounding their whistles.

In the 19th and early 20th century when steamships were the royalty of Great Lakes trade, Ship captains would tune their steam whistles to create a unique sound so that their ship could be identified before it could be seen.  The whistle’s unique sound allowed another ship captain to identify the ship in bad weather and let people on shore know which ship was docking. 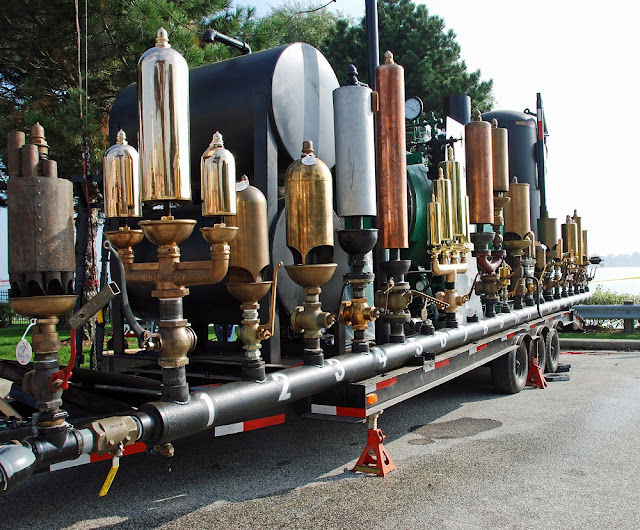 As the stream driven vessels gave way to petroleum powered engines, the steam whistle also found itself being replaced with horns and sirens to signal their positions and other notifications to fellow boats and people along the shore. With modern technology such as GPS doing the work these days, even those sounds have become heard less save for foggy conditions, to alert wayward boats that may be in the fishing channels or as a greeting to other ships they may pass.

This Saturday in St. Clair you can hear the sounds of those bygone days at Whistles On The Water. Powered by a giant custom-made steam generator, a plethora of steam whistles will be sounded as well as the history of each whistle given and what different series of toots and blasts meant a message being sent out. One of the crowd favorites whistles includes a whistle that was originally on The Boblo boat SS Columbia. It also really cool when a passing freighter sounds their horn back to those on shore checking out the event. 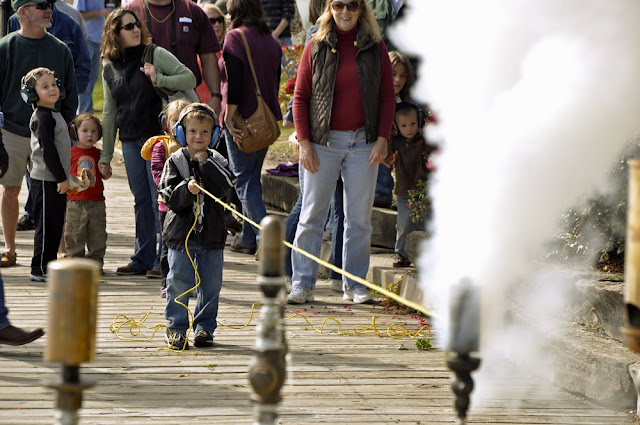 Along with the many whistles that will be sounded off by the professional collectors, the general public can have a chance to blow off steam along Palmer Park's boardwalk with a variety of smaller whistles too.
Posted by Dale Merrill No comments: